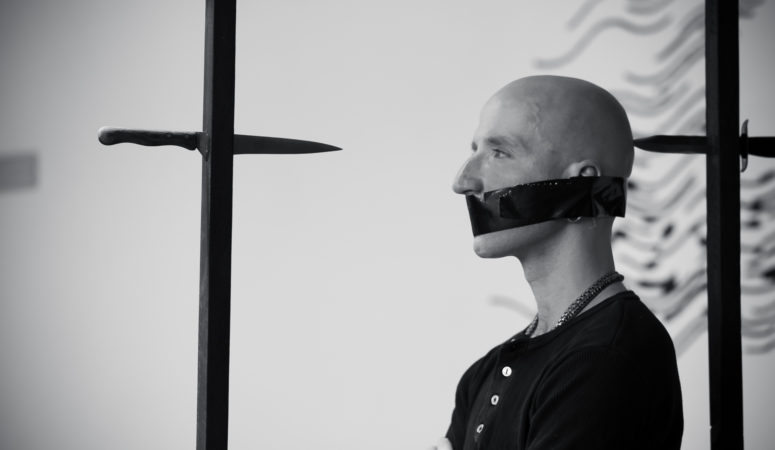 “In Between” is an international collaborative project, which provided a two week residence in Graz for painters, sculptors, media, sound, interaction and visual artists from 11 different countries (Austria, Czech Republic, Germany, Iran, Italy, Japan, Lebanon, Slovenia, Spain, Turkey, Ukraine). The Project’s main goal was to define a synergy between analogue and digital art and transform it into a brand new interactive hybrid artwork.

The aim of the exhibition was to explain, portray and investigate our position in between changing truths, meanings and beliefs. What does it mean to stand in between? This exhibition depicts a world defined by polarities and oppositions.

Project was supported by Land Steiermark. In Between was hosted by Forum Stadtpark.